The first swimrun started as a barroom bet in 2002 in Sweden, when two pairs of men challenged each other to traverse more than 20 islands in the Stockholm archipelago, swimming in between them to reach another bar where the losing team paid for the meal and the drinks. The race became known as Ötillö, (Swedish for island-to-island), and since 2011, has become the World Championships of SwimRun, while many other sites (mostly in Europe) have become merit races (qualifiers) to the Ötillö race. Check out a great summary, here.

While SwimRun has, in recent years, taken Europe by storm, there are only a handful of races in all of North America, with the first ones in Canada appearing in 2017. And yet, Canadian landscapes would be a natural for this kind of event—we certainly have lots of cold water! So why not in the beautiful Okanagan? Perhaps it is time, don't you think?

It is early days yet for SwimRun in Canada, but already, there has been lots of interest in this concept among local athletes, especially from swimmers, runners, and triathletes looking for a new challenge. So, from the organizers of the longest-running and largest open water swim in Canada (Kelowna's annual Across The Lake Swim), September 2017 marked the first steps into Okanagan SwimRun, with a limited, informal, short-course "urban" version of the event (intended to inspire interest and enhance participation). And now, on Sunday, September 29th, 2019, we will allow a maximum of 50 teams to participate in what is now the 3rd annual event.  Depending on the uptake, we will be following this event with a full-length, rugged SwimRun event, using the ruggedness of Okanagan Mountain Park, along with the magnificence of Okanagan Lake. Stay tuned! 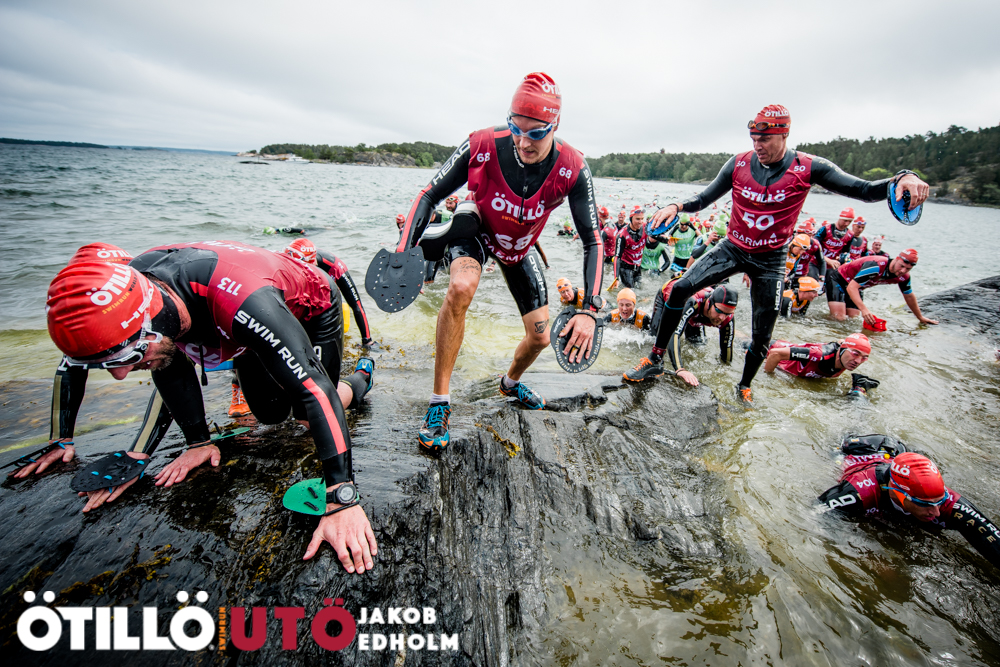